‘Prevent’ relates to the Counter Terrorism and Security Act 2015 which came into force on 1st July 2015.

How does it affect us?

The general risks affecting children and young people may vary from area to area, and according to their age. We are in an important position to identify risks within a local context. It is important that we understand these risks so that we can respond in an appropriate and proportionate way. At the same time we need to be aware of the increased risk of online radicalisation, as terrorist organisations such as ISIL seek to radicalise young people through the use of social media and the internet. The local authority and local police are able to provide contextual information to help us to understand the risks in our area.

As a school, we encourage pupils to respect other people with particular regard to the protected characteristics set out in the Equality Act 2010 (age, disability, gender reassignment, marriage and civil partnership, pregnancy and maternity, race, religion and belief, sex and sexual orientation).

We also build pupils’ resilience to radicalisation by promoting fundamental British values and enabling them to challenge extremist views.

“Extremism” is vocal or active opposition to fundamental British values, including democracy, the rule of law, individual liberty and mutual respect and tolerance of different faiths and beliefs. Terrorist groups very often draw on extremist ideas developed by extremist organisations.

What are our procedures?

The Prevent duty is entirely consistent with our schools existing responsibilities. Ofsted’s revised common inspection framework for education, skills and early years, which came into effect from 1st September 2015, makes specific reference to the need to have safeguarding arrangements to promote pupils’ welfare and prevent radicalisation and extremism.

The statutory guidance on the Prevent duty summarises the requirements on us in terms of four general themes: risk assessment, working in partnership, staff training and IT policies. It makes clear the need for us to ensure that children are safe from terrorist and extremist material when accessing the internet in school. We have an important role to play in equipping children and young people to stay safe online, both in school and outside. Internet safety is integral to our school’s IT curriculum.

We can also build pupils’ resilience to radicalisation by providing a safe environment for debating controversial issues and helping children to understand how they can influence and participate in decision-making. We promote the spiritual, moral, social and cultural development of pupils and, within this, fundamental British values (http://www.cheadle-jun.stockport.sch.uk/british-values/).

In order for us, as a school, to fulfil the Prevent duty, it is essential that our staff are able to identify children who may be vulnerable to radicalisation, and know what to do when they are identified. Staff are expected to share any concerns with our Safeguarding leads - Mrs Rachel Fender, Mrs Helen Bird and Mrs Katie Warwick.

Protecting children from the risk of radicalisation is seen as part of our schools wider safeguarding duties, and is similar in nature to protecting children from other harms (e.g. drugs, gangs, neglect, sexual exploitation), whether these come from within their family or are the product of outside influences. 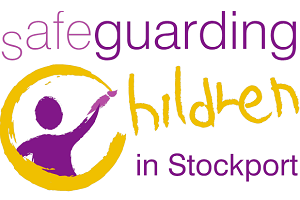